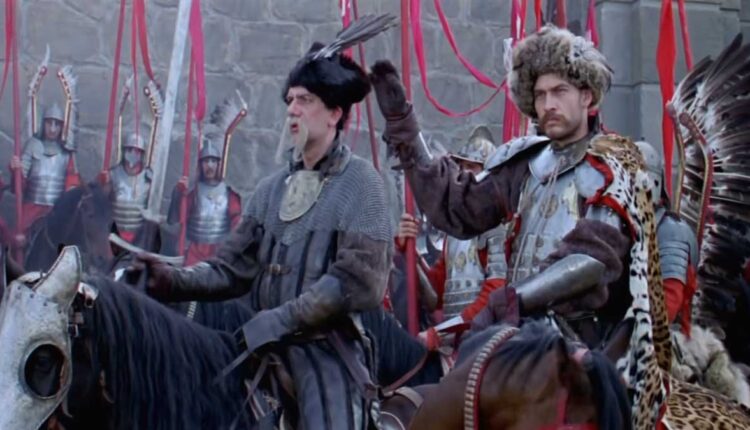 Polish historical movie from 1999, directed by Jerzy Hoffman, based on Henryk Sienkiewicz’s novel of the same title.

The film is set in the Ukrainian lands belonging to the Crown of the Kingdom of Poland in the middle of the 17th century. A Polish noble Jan Skrzetuski, and a Cossack otaman Bohun, fall in love with the same woman, Polish noblewoman Helena. Their rivalry for her hand takes place in the background of the Cossack uprising led by Bohdan Chmielnicki against the forces of the Commonwealth. The film leads us through the Battle of Zhovti Vody and Battle of Korsuń, culminating in the heroic defense of Zbarazh by Polish troops.

At the time of its filming it was the most expensive Polish film ever made.

“With Fire and Sword” is now available for watching on YouTube with Polish and English subtitles. The link to the movie can be found below:

A beautiful soundtrack was created for “With Fire and Sword”, a fragment of which can be heard below.