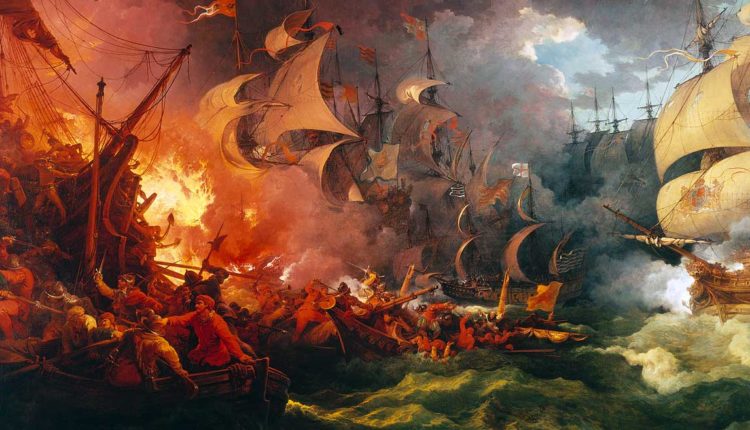 The most important battles in history [Part 1/2]

The history of wars is also a collection of battles which had a decisive impact on the history of a given region, country or even the whole culture. In 1851 historian Edward Shepard Creasy created a subjective collection of 15 groundbreaking battles, which in the 20th century was updated by British politician Edgar Vincent D’Abernon to three battles. In turn in 1964 an American Joseph B. Mitchell published his own list of 20 most important battles in the history of the world (15 Creasy’s + his own 5). Below we present all these battles with a short description, in chronological order.

A great victory for the Greek armies of Athens (aided by Plataea) against the Persian invasion army. A battle that postponed the risk of Darius I conquering Greece and confirmed the dominance of the Greek phalanx on the battlefields of that time. Marathon is also known for its legendary Greek messenger, who traveled 40km to Athens carrying the message of victory and then died of exhaustion.

The term “Sicilian expedition” is used to denote the failure of Athens to take over Sicily, which was then in a state of war against Sparta. The defeat stopped the expansion of the Athenians and marked the beginning of the end of the Second Peloponnese War, the victory of Sparta, which gained a dominant position throughout Greece. 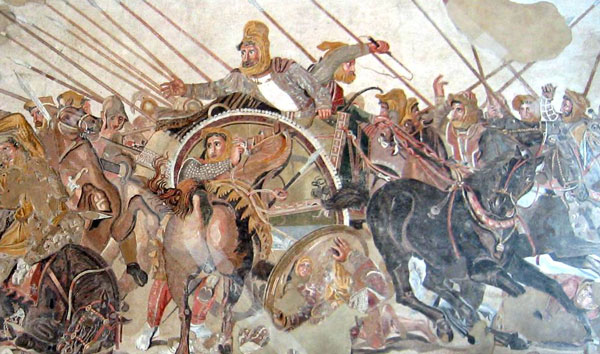 The great battle, where Alexander I the Great’s Greek and Macedonian phalanx and the cavalry fought with the army of Darius III, who under his orders had five times more people than the Macedonians, including battle chariots and elephants. Alexander’s clever strategy, as well as the courage and training of his warriors, allowed him to break up Darius’s forces, thus opening his way to the heart of Persia and the establishment of an Empire whose expansion had only just been halted in India.

The fate of the Second Punic War between Rome and the Carthage was decided near Metaurus. The battle was won by the 40,000 Roman army led by the consuls: Marcus Livius Salinator and Gaius Claudius Nero, who defeated and killed the Cartaginian leader Hazdrubal, who had 30,000 people and 10 elephants on his orders. This victory has allowed Rome to dominate the Mediterranean basin, which has led to the strengthening of the Republic from an economic and military point of view.

A battle that stopped the expansion of the Roman Empire in Germany and established a border on the Rhine. Three Roman legions (30,000 people) were skilfully dragged into the trap and almost completely destroyed by the Germans under the leadership of Arminius. The Roman commander Publius Quinctilius Varus, seeing the enormity of his defeat, committed suicide with his officers. It was believed that only a dozen or so legionnaires survived the sloughter, and that several hundred were taken captive.

6. Battle of the Catalaunian Plains, 451

In 450, the Huns devastated lands lying to the east of the Western Roman Empire and then invaded Paris (they did not conquer it) and besieged Orléans. The Roman commander and politician Flavius Aecius cleverly gained the tribes that were the enemies of the invaders and came to help the city. The battle was won thanks to the charge of the Visigoths, which de facto temporarily protected Rome from the invasion of the Huns. Already 25 years later Rome was conquered and plundered by the barbarians, and the Roman Empire ceased to exist.

Kingdom of the Franks vs Arabs

At the beginning of the 8th century south-western France was regularly invaded by Arabs coming from the Iberian Peninsula, and the dandruff expeditions quickly turned into attempts to expand the territory inhabited by the Franks. In 732 muslim leader Abd ar-Rahman gathered up to 50 000 people and set off north, entered Aquitaine and conquered Bordeaux. His forces were stopped and destroyed only at Poitiers by the combined force of Charles “The Hammer” Martel and Odo, Duke of Aquitaine. It is believed that the stoppage of expansion has protected the territory of Western Europe and its culture from serious danger.

The battle during which the army of William I, King of the Normans, defeated the forces of King Charles II of England (mainly the common move), thereby conquering the whole country. Wilhelm, since then known as the Winner, won the battle by chance because Harald II was killed by an arrow shot by one of the Norman warriors. The death of the king, as well as of his brothers, other magnates and most of the housecarls (king’s personal guards), opened the way for the Duke of Normandy to control the whole of England.

The breakthrough of the siege of Orléans was a turning point in the Hundred Years’ War between England and France. After six months of besieging this strategic city, everything seemed to indicate that it would be conquered by the English army, which could mean taking the whole France by the King of England. When Joan of Arc arrived in Orléans, the siege was broken in nine days, and in the following weeks the expansion of the invaders was stopped. In the same year, the Orléans Victoria resulted in thousands of volunteers coming to the French army, cleansing the Loire Valley of English troops. The Hundred Years’ War ended in 1453 with French victory.

Destruction of the invincible Spanish Armada by mariners of the famous Charles Howard and Sir Francis Drake was the end of the most powerful fleet of the 16th century. The English victory significantly weakened Spain’s military potential. As early as the end of the 16th century, Great Britain, taking advantage of its rival’s weakness, became a colonial empire – and it lost this status only after World War II.

Simo Häyhä “The White Death”, the most lethal sniper in history

The most important battles in history [Part 2/2]

The most important battles in history [Part 2/2]

Why was the attack on Pearl Harbor a failure for Japan?